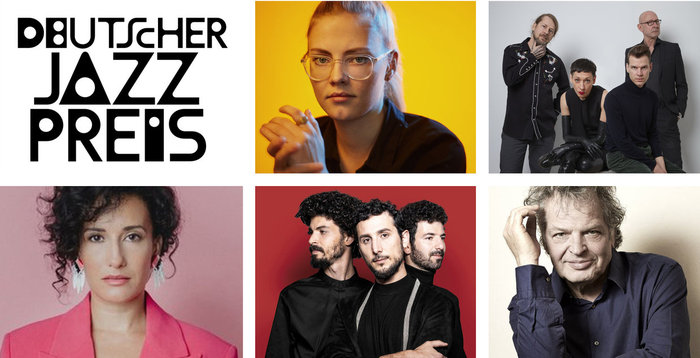 Six nominations for the newly founded German Jazz Award “Deutscher Jazzpreis” go to members of the ACT family. The nominees were announced on May 5th, the award ceremony will take place on June 3rd as an online event.

Two nominations go to German pianist Johanna Summer. Her debut album “Schumann Kaleidoskop” consisting of free improvisations on the music of Robert Schumann was one of the most acclaimed releases of 2020. Johanna Summer is not only nominated for the debut of the year, but also in the prominent piano national category.

Also a debut is the self-titled album “Nesrine” by the Franco-Algerian singer, cellist and composer, who is nominated for debut of the year, international. Nesrine draws her influences from the culture and music of the Mediterranean region, between North Africa and Southern Europe and elements from pop, classical music and jazz. True world-jazz!

With the quartet KUU!, consisting of singer Jelena Kuljic, the two guitarists Frank Möbus and Kalle Kalima, and drummer Christian Lillinger, one of the most exciting ensembles of jazz from Germany is nominated in the category band of the year, national. A new album is planned for autumn 2021. A nomination in the category band of the year, international goes to the Israeli group SHALOSH and their very own interpretation of the jazz piano trio, with elements from indie rock, classical and Middle Eastern influences.

“Melodic Ornette Coleman” by German piano icon Joachim Kühn is nominated as album of the year. An intimate solo piano recording of previously released pieces, which Coleman composed for his duo with Kühn and that shows a melodic side of the great free spirit of American jazz.

More information about the German Jazz Award at www.deutscher-jazzpreis.de .