Back to Overview
14.05.2014ArtistMichael Wollny

The award is the most important independent music award for the German speaking countries. The German Record Critics' Award Association consists of up to 145 music critics, writers, musicologists and editors in Germany, Austria and Switzerland. Every 3 months these critics choose the best releases in 29 categories ranging from classical to rock, folk to blues and jazz. 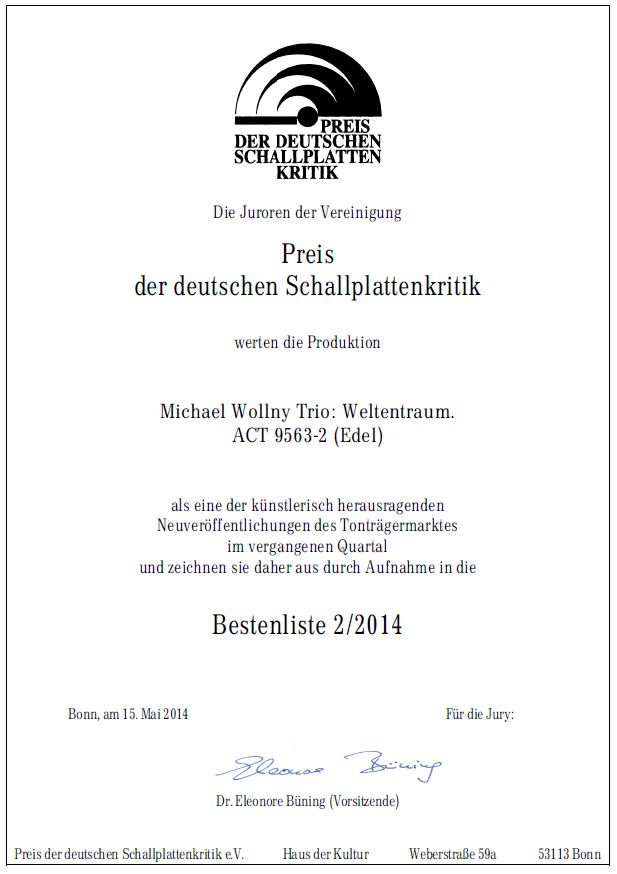