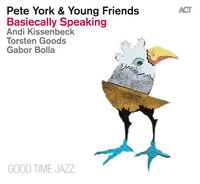 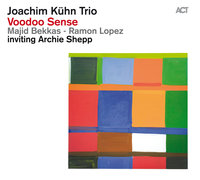 The famous John Coltrane vehicle Kulu Sé Mama is a solemn aria for vocals, languid sax and rolling drumwork that becomes a floating jazz shuffle, then a feverish dance. Shepp shifts with typically gruff graciousness on tenor sax from sumptuous deep-ballad warmth to explosive multiphonics on the rhapsodic L'eternal Voyage, and also appears for the title track, in which he begins with an almost Charles Lloydian tentativeness against the glowing sound of the balafon, and begins shrugging and blurting his way through the ensuing percussion-bustling shuffle. Kühn's subtle touch, steely power and textural imagination dominate the last third of the session, on the initially brooding Crossing the Mirror and the heartracing Firehorse, the most focused episodes on an unruly but uplifting set.
-    The Guardian, John Fordham 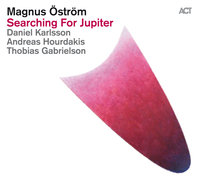 The group’s lush, cinematic sound, and Öström’s hypnotic, dance-inflected grooves are sure to find him an audience beyond the jazz perimeter fence.
-    The Irish Times, Cormac Larkin

Heartfelt, but by no means insipid, the concert was endlessly exciting. Dark and twisting becomes fun and quick moving, and genre-hopping compositions range from prog ballads to high energy jazz-rock, via electronic soundscapes, drum ‘n’ bass rhythms, heavy-rock influenced passages, free improvisation and interwoven chordal cadences. With absolute empathy throughout these sometimes gradual, often rapid developments, each musician manages to retain individuality and his own temperament, playing exactly as a group should. Individually, Magnus Öström’s own voice also shines, both as drummer and composer. While his past is by no means forgotten, his new position is certainly developing in diverse and exciting ways.
-    Jazzwise, Celeste Cantor-Stephens 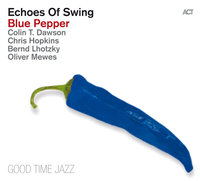 It's hard to believe at first that there are only four instruments here. The arrangements are so ingenious, and the playing so nimble, that it could be at least twice that number. But listen closely and you will discover just a quartet of trumpet, alto saxophone, piano and drums – with absolutely no electronic tricks. The style is sophisticated small-band swing, the material a judicious mixture of originals and swing-era numbers and there is not a hint of whiskery nostalgia in any of it. It's about time this idiom received some fresh attention and here's the perfect curtain-raiser.
- The Guardian, Dave Gelly

The playing on this album is of a very high standard and the 15 tracks cover a lot of ground. So you’ll find Bechet, Ellington, and Fats Waller songs here and picks for me include Paolo Conte’s perky ‘Azzurro’, and an inventive arrangement and performance of ‘Blue Moon’ and a lovely take on 'Blue River' with the line Dawson sings softly against honky-tonk piano, Catlett-like drums and Benny Carter-like sax 'Do you hold the memory of a vanished dream?' the burning question you imagine all four players want to ask throughout the album.
-    Marlbank, Stephen Graham 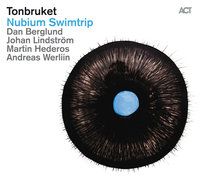 For their third album for the award winning ACT label, Tonbruket take inspiration from Abbey Road Studios and its mystical rock heritage. It’s more the swirly epic space-rock of Pink Floyd, as opposed to the studio’s most famous zebra-crossing residents The Beatles, that you hear in their atmospherically crafted, tough-and-tender sound.
-    Jazzwise, Selwyn Harris

Tonbruket is a band that defies categorization. For their latest release, Tonbruket fulfilled a dream by recording in London's legendary Abbey Road Studios. The result is a progressive rock odyssey with countless different influences combining to create a masterpiece of modern composition, improvisation, and groove. With so many different sounds and influences presented on this album it is a difficult one to categorize. ACT Music is notorious for putting out genre-defying albums and Tonbruket has lived up to that expectation. The musicians in Tonbruket are all known as jazz musicians, but within this group they have shown that jazz sensibilities can be just as effective when used in rock music. This is a progressive rock album that captures the very essence of progressive rock. It transcends the genres it is inspired by to create new, original, and unique music that is worth listening to by fans of any genre.
-    All About Jazz, Andrew Luhn