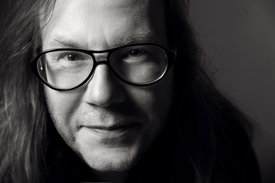 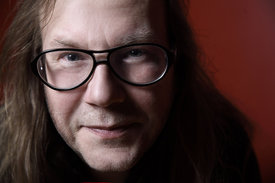 Schloss Elmau is not only a magnificent building in the heart of the idyllic Alpine setting of Upper Bavaria, but also a stronghold of first class music. International stars such as Brad Mehldau and Gidon Kremer regularly come here to find new energy and creativity, and ACT legend Esbjörn Svensson called the retreat of Elmau his “favourite hideaway“. The latest great musical highlight here was captured by Michael Wollny and Joachim Kühn (Live at Schloss Elmau, ACT 9758-2) in a joint concert that was named CD of the year in France (CHOC de l’anée 2009).

As such it was natural for Vladyslav Sendecki to chooses this special place for his solo piano recording. For his ACT debut, Sendecki didn’t want to play in a sterile studio but in a personal atmosphere, one that felt full of life. A guest performance at Schloss Elmau was ideal here: “I just have to go on stage and play myself out. This is everything I have to give. And it is everything,” says Sendecki. As a result the album features seven live excerpts of his concert from 28th January 2010. The other three pieces were recorded only a few hours earlier during an additional recording session.

Even though New York’s Village Voice named Sendecki “one of the world’s top five jazz pianists” he first had to endure a long struggle with himself and the music scene before he became what he is today. Born in 1955 in Gorlice in Poland, Sendecki first learnt classical piano in the great tradition of his home country. It was only the records by Western greats, that he secretly heard during his time at the Frederic-Chopin conservatory and the Krakow music academy, which brought him latterly to jazz. In 1981 he emigrated to Switzerland where he started an international career, playing with Klaus Doldinger’s Passport group, Billy Cobham, Michael and Randy Brecker, Jaco Pastorius, Joe Henderson, Lenny White and Charlie Mariano. But in the long term, he wasn’t fulfilled with the role of the highly regarded “musicians’ musician.” A period of self contemplation followed during which he hardly played for years until he moved to Hamburg and, in 1996, became a piano soloist with the internationally acclaimed NDR Big Band.

Since then he has redefined himself. His solo album Piano (2008) was evidence of what the Elmau recording finally proves – in Vladyslav Sendecki an incomparable free thinker has joined the music scene, someone who lifts the boundaries between classical and jazz.

His pianistic dreamland shines in many colours: in one moment the listener may think of Grieg, Schumann or even Liszt, then again of John McLaughlin or Bill Evans, but in the next moment realise that it is always, utterly, Sendecki. What is particularly captivating about Sendecki’s solo recording is his boundless abandon to the moment, to the music slumbering within him. Here, the freedom of the individual is given a harmonic and authentic form.