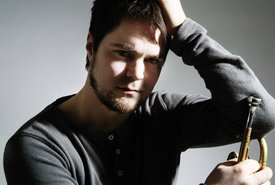 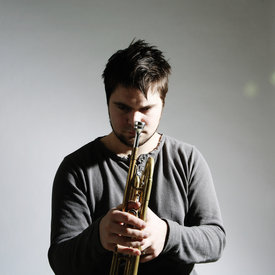 It has been a year since the first rays of a new sun from the north dawned over the European jazz scene and even America – this was Aurora, the debut album of the young Finnish trumpeter Verneri Pohjola, who was internationally acknowledged as a promising future star of jazz. Not only did the German ‘Stern’ newspaper praise the “epic”, but the American-based and internationally-read portal All About Jazz’ agreed that, “Verneri Pohjola has got what it takes to become an international jazz star”. Probably the most valuable compliment came from one of the most acclaimed young players of today, Trombone Shorty. On hearing Pohjola play for the first time, he said, “He has a wonderful tone. It has a wide arc to it, and he knows that space is precious – he lets the music speak for itself. Really fantastic!” All this naturally set the bar very high and Pohjola admits that it was difficult to return to the studio. “Even if you try not to think about the criticism, it does affect you. Of course I feel a sort of pressure, because I know that everything I do will be compared with Aurora. But it’s also motivating.”

To clarify where one is standing now and what the future might hold, it is often worthwhile to take a look back to the beginning. This goes for Ancient History as well – the album title emerged from a song that was originally called “Ancient History of 1991”. “I began to play the trumpet in 1992. The song reminded me of the time before that. Later Siggi Loch and I thought it might be a suitable name for the whole album.” Indeed, the eight pieces have a distinctly grand and epic quality, from the classic-sounding ballads through to the more modern songs and passages.

Central to Ancient History is Pohjola’s distinctive trumpet sound. The tone is initially muted, yet matches the coolness of Miles Davis with its clear, rough and occasionally metallic sound. Pohjola is constantly varying his articulation and is able to build up strong peaks in his playing. What sounds surprising and spontaneous is in fact carefully thought through – both the elaborate individual songs and the overall construction of the album. On “White View”, Pohjola’s trumpet is silent for eight minutes and Rissanen’s chromatic and charmingly reduced piano is given space to explore.

Since Pohjola isn’t one of these constantly loud, dominant and pushy trumpeters, he loves to leave room for his accompanists and allow the listener to take a deep breath and get attuned to more of the music.

The biggest difference to Aurora is certainly the instrumentation. Whereas his debut album included fifteen musicians, Ancient History gets along with an intimate quartet line-up: Aki Rissanen on piano, Joonas Riippa on drums and Antti Lötjönen on bass. In addition, the alto saxophonist Jukka Perko joins them for one track, and the percussionist Tatu Rönkkö for three. All of these musicians are Pohjola’s longstanding companions. “It would surely be interesting and inspiring to work together with international stars. But for this album I wanted a band that I really know well. I wanted it to sound as live as possible. I’ve been playing with these guys for over ten years. We know each other inside out.”

Ancient History may appear less monumental than its predecessor, but it is also more deft and light-footed. Once again Pohjola shows he is a master of combining styles, moods and sounds – from the hymnal tones of “Deism” to the rather easygoing and modern Nordic sounds of “But This One Goes in Four”, or from the inspired cover of Björk’s “Hyperballad” (the only title Pohjola didn’t compose himself, to the wild “Cheap Taxi Adventure”, which is based on an inexpensive but exciting taxi ride in Shanghai “with an impatient, aggressive and in the end truly crazed driver”, as Pohjola puts it. This wild cab ride occasionally seems to have two trumpets due to Jukka Perko’s saxophone sounding so much like Pohjola - for the most part the two play in unison, which makes it all the more breathtaking, since small harmonic alterations at the end of the chorus parts create interesting frictions. Ancient History is fresh air en masse – by no means old, but with what it takes to become a classic album.