Solveig Slettahjell
Come In From The Rain 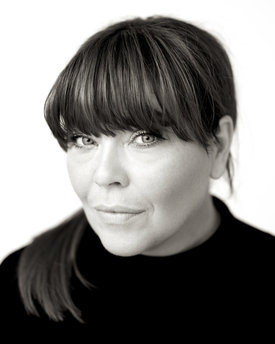 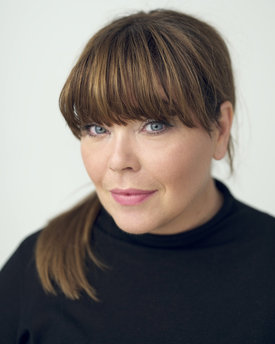 At the beginning of the 2000s, Norwegian singer Solveig Slettahjell and her Slow Motion Quintet made the European jazz scene really sit up and take notice. Her concept, as Canadian critic John Kelman has written, was to take songs from the American songbook and to “slow them down. Way down. [...] She proved that slow, powerful and dramatic need not be mutually exclusive terms.” Her new album "Come In From The Rain" demonstrates how much those virtues have strengthened and deepened in the intervening years.

That astonishing ability to concentrate on the essentials of a song – and to express much more with nuances and details than would be possible with volume or bombast– are still Slettahjell trademarks. Together with pianist Andreas Ulvo, bassist Trygve Waldemar Fiske and drummer Pål Hausken, Slettahjell captivates the listener from the outset of the opening title track "Come In From The Rain". They literally pull us out of the rain into their musical cosmos, introduced by Ulvo’s wonderful piano touch, the minimalist drum rhythms from Hausken and the grounding yet playful bass of Fiske.

And yet when she chooses to take other directions, they feel just as natural and magical too: Frederick Loewe’s "On The Street Where You Live" from "My Fair Lady" pushes forward with beguiling momentum. The Walter Donaldson classic "You're Driving Me Crazy" has a skippy lightness to it, and the playful incomprehension she brings to the question “What did I do?” is irresistible. "Now Or Never" by Billie Holiday and Curtis Lewis from 1949 rolls along with a springy shuffle rhythm, and when she launches into a blindingly energetic scat chorus, the listener has the sense that her commitment-phobic lover is surely getting the ass-kicking he deserves.

Slettahjell prepares her projects thoroughly and gives them the time they need to mature. “The idea of putting together a new band and of recording this album have been in the making for at least the last three years,” she says. And the technical processes of recording are a source of pride: “We recorded this album live to tape in the Propeller Music Division studio in Oslo. Working in this old fashioned way was such a thrill and gives weight to the interplay and instant music-making aspect of the recording and of our quartet.”

There are timeless old tales like Buddy Johnson's "Since I Fell For You" or Irving Berlin's "How Deep Is The Ocean", stories to be rediscovered afresh like Leon René's "I Lost My Sugar In Salt Lake City", and more recent ones like "Johnsburg, Illinois" by Tom Waits. Waits is one of her favourites, and the inclusion of one of his songs has become a Slettahjell trope. And there are new ones like "So I Borrow Your Smile", her own composition. These songs may come from folk or jazz or pop, yet Slettahjell and her highly accomplished musicians always make them individual, tasteful and authentic. And the subtle way she bends notes, always bringing them to into perfectly true-pitched final focus is nothing short of miraculous. Every time.

The vibe right through this album is well-judged, the storytelling is compelling. And how apt to bring the day – and the album – to a close with a deliciously poised, reflective and spacious Thelonious Monk "Round Midnight". When Solveig Slettahjell first became noticed she was an irresistible new force in European song. She is now a unique and major presence.