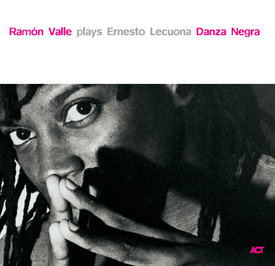 The name Ernesto Lecuona might be unfamiliar to those who only recently discovered Cuban music through the Buena Vista Social Club.  But people who remember the period when Cuba had one of the Caribbean’s most vibrant cultural scenes—or who care to explore Cuban music of the pre-Castro era—will inevitably recall – or discover – Lecuona.  A virtuoso pianist and a prolific composer who was internationally renowned when the veteran musicians Ry Cooder coaxed out of retirement were in their teens or twenties, Lecuona distilled the essence and reflected the soul of his homeland’s multi-faceted society and heritage in his music as definitively as Duke Ellington and Antonio Carlos Jobim captured the spirits of the U.S. and Brazil in theirs.  He created a remarkable body of work: 176 pieces for solo piano, 406 songs, 37 orchestral compositions ranging from zarzuelas (traditional Spanish operas), to operettas to theatre revues to ballets and 11 film scores including the soundtrack to "Always In My Heart" which was nominated for an Academy Award in 1942.  Lecuona’s songs "Malagueña", "Andalucia," "Siboney" and "Siempre En Mi Corazon" remain four of the most memorable melodies written during the first half of the 20th century.
Born in a suburb of Havana in 1895, Lecuona was a child prodigy who began studying piano at age three, entered the National Conservatory at 14 and graduated at 17 with a gold medal in piano performance, the school’s highest honor.  He started touring internationally after making his foreign debut in New York in 1916 but by the mid-1920s had begun devoting more time to composing than performing.  A prominent figure in Cuban classical music circles, Lecuona co-founded the Havana Symphony and created the Cuban Boys Band and La Orquesta de La Habana, was named honorary cultural attaché to the Cuban Embassy in Washington D.C. in 1943 and continued to champion Cuban arts and artists abroad until his death in 1963.
Given Lecuona’s singular position in the pantheon of Cuban musical culture, the decision to record jazz versions of his works is not one a pianist should make lightly.  Yet Ramón Valle, who was born in Cuba in 1964 and has lived in Europe since 1998, certainly meets the challenge.  Like Lecuona, Valle is classically trained and started out young, beginning his piano studies at a Provincial School of the Arts when he was seven and turning professional after graduating from Havana’s National School of the Arts in 1984.  One can hear the lasting benefit of these formative years in his formidable technique but more importantly his playing reveals he succeeded in developing a sound of his own distinct from the styles of his earliest influences including great North American pianists and Cuba’s foremost jazz pianist, Chucho Valdez and late Emiliano Salvador.
The most immediate impression Danza Negra makes is Valle’s obvious respect and affection for Lecuona’s music.  But this is more than just another tribute record containing a string of "covers" of songs selected because they resonate as deeply within a Cuban musician as Gershwin standards might for someone who grew up in the U.S.  Valle offers a program of highly original interpretations of Lecuona’s music arranged for jazz quintet that remain true to the original themes while transporting them to another stylistic level.  One of the recording’s surprises is hearing how Valle, in both his writing and improvising, adds a layer of jazz syncopation on top of the fundamental Latin syncopation of Lecuona’s compositions, a neat twist considering that at the time this music was written Cuban melodies and rhythms were profoundly influencing jazz rather than the other way around.
Lecuona had a remarkably inventive melodic gift and a seemingly effortless ability to conceive tender ballads and sunny themes that have not only proven to be timeless in their appeal but also perfectly adaptable to jazz improvisation.  Danza Negra showcases several of the composer’s most beautiful melodies including the title track and "La Negra Bailaba" as well as "Cordoba," "Andaluza," "Gitanerias" and "Malaguena," immortalized in Lecuona’s most famous solo piano work, the six-part Andalucia Suite.  A talented arranger as well as a versatile instrumentalist, Valle expands and embellishes these songs with tight ensemble voicings. The stellar band of Latin musicians the pianist selected for this session, which includes the phenomenal Cuban drummer Horacio "El Negro" Hernández, rises to the occasion on each track, delivering one inspired performance after another.
A welcome addition to both the Cuban music and jazz discographies, Valle’s Danza Negra should not only please aficionados of both genres but hopefully also rekindle interest in the priceless musical legacy of Ernesto Lecuona.
Mitchell Feldman