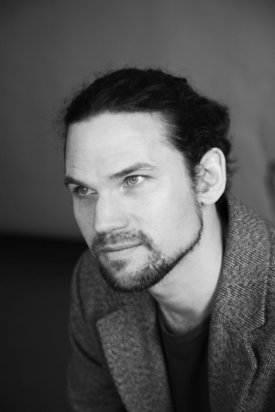 “ACT seems to be on a mission to introduce the world to Europe's rising new jazz-classical pianists,” the UK’s leading jazz critic John Fordham of the Guardian has noted. And jazz for piano has indeed always been part of ACT's DNA. The label’s roster includes pianists who have achieved international renown such as Joachim Kühn, Esbjörn Svensson and Michael Wollny; and more recently the Austrian David Helbock has started to be recognized as the major talent he clearly is. Siggi Loch started the dedicated album series “Piano Works” to present the finest in solo piano playing, and Rainer Böhm with his album “hýdōr” becomes the latest pianist to enter this pantheon.

Born in Ravensburg in Southern Germany in 1977 and now based in Cologne, Böhm is considered by critics to be one of the country’s outstanding jazz pianists, yet among the wider public he has not reached the level of recognition he deserves. He has made his mark through some excellent projects – with saxophonists Johannes Enders and Lutz Häfner, and trumpeter Axel Schlosser, for example. In 2016 with drummer Bastian Jütte’s quartet he won the award which is widely held to be the most important in German jazz, the New German Jazz Prize – and he won the Soloist Prize as well. He teaches at the conservatoires in Nuremberg and Mannheim, where he is one of their youngest professors.

Böhm is also known as a long-standing member of the trio of Germany’s pre-eminent bassist, Dieter Ilg. The success and the impact that this group has achieved are at least in part attributable to Böhm’s remarkable piano playing, notably in its jazz adaptations of the greats of classical music – Verdi, Wagner, Beethoven and Bach. Indeed, the concept of crossing such frontiers is at the core of Böhm's musical identity, and is to be found in its purest form on “hýdōr”. Böhm is one of those genre-defiers for whom classical music and jazz are not in opposition to each other, but perfectly complementary polarities situated around a central task: how to convey emotions through music.

The way Böhm has now risen to this challenge as a solo pianist is magnificent. He is able to rely on a stupendous technique: seldom can such deft alternation of left and right hands in melody and chordal accompaniment been heard as in the two parts of Böhm's “Bass Study”. Böhm also uses chromaticism in a highly original way on “hýdōr”, not only in pieces such as “Querstand” (where it is to be expected, the title, is the German for the musical term ‘false relation’), but also on “Terzen” (thirds) in which chromatic twists have a captivating way of subverting the melodic sweetness. In “Expansion And Reduction” Böhm achieves exactly what the title promises: wonderful harmonic resolutions, strongly rhythmic playing, and contrasting aggressive syncopation with a calm steady pulse as an underlying ostinato.

All of this allows him to exploit the deepest well of his creativity, which is his inexhaustible melodic inventiveness. Again and again, irresistible melodies emerge; they can be ethereal miniatures reminiscent of Grieg as in the title track “hýdōr”, heavily romantic as in the agitated tune “Catalyst”, skittish as in the bebop-style “Thumb Up, Broken Toe”, or gently lyrical as in “Hypo”. Another kind of fascination comes from a rhythmically superimposed melody in “Badi Bada” – which dances carefree over clusters in the left hand à la Philip Glass.

The reason that Böhm's playing, compositions and improvisations are so affecting is that they are so subtle. He prefers allusion to heart-on-sleeve and favours themes which are pared-down (and which can also change in surprising ways) in place of over-obvious motifs. They draw the listener deep into a world which is always tinged with melancholy. “That’s probably in line with my character,” he reflects. In “hýdōr” Böhm has impressively joined the ranks of the great piano romantics. His highly individual voice makes a new and distinguished addition to the “Piano Works” series.