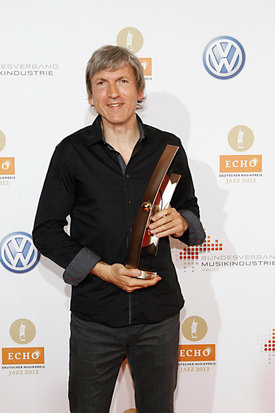 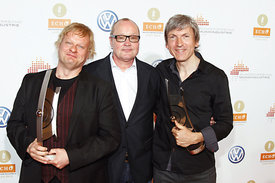 Magnus Öström is finally back with the first album as a leader of his career.

After more than two years of silence Magnus went back to his favorite studio, the Atlantis Studio in Stockholm. He joined up with his old friend, sound engineer Janne Hansson, to record some brand new compositions that he had written during the period following Esbjörn Svensson´s untimely passing and the dissolution of e.s.t..

For the recording he put together a new and sparkling band, which includes Andreas Hourdakis on guitars, Gustaf Karlöf on keyboards, and Thobias Gabrielson on bass. All of them great and unique players from the music scene in Stockholm. They first got together during the summer of 2010 to jam in Magnus´ own little studio and he immediately felt very comfortable playing with them, interpreting his compositions and complimenting his style of playing with their own strong personal sounds. Everything fell into place. In early October the band was finally ready to record and between 4 and 7 of October intense sessions took place at Atlantis Studios.

The title of the album ”Thread of Life” came quite naturally to him, as Magnus explains: ”’Thread of Life’ is the energy that keeps everything alive and also gives me the spark for my music. But, we have to be aware, that it is only a thin thread that can be cut off any minute, so we better take good care of our time here on Earth and the people around us and of course also the environment that surrounds us.”

The sound of the album immediately reminds of e.s.t. It demonstrates how much Magnus´ drum sound has also been part of the signature sound of e.s.t.and although Magnus had not composed for e.s.t. at the time, his melodies are similarly intricate, intervowen and building towards a climax. ”In the end all the three of us always worked on the arrangements of Esbjörn´s melodies, so dependend on the song mine or Dan´s input could be substantial”.

On this album you can find Magnus in nearly every chair: composer, arranger, drummer, producer. ”To show what my musical universe is all about I needed to do it that way. Also because I really love composing and to be in the studio producing.

And I could’nt have asked for a better line up to record with.”

And then there is one very special song on the album: ”When I composed  ”Ballad for E” I already had a perfect line-up for this song in mind. I could have recorded it with my new band as well, but I felt that this song demanded those exact persons: Magnus Öström on drums, Dan Berglund on bass, and Pat Metheny on guitar. Pat was one of a very few musicians ever to join e.s.t. as a guest performing with us live on stage, and there was and still is a humangeous respect for each others work. So when I asked him he immediately said ’yes’.” Said and done: In early December Magnus, Dan and former e.s.t. soundman Ake Linton flew to New York to meet Pat Metheny in the Avatar Studios in Manhattan and recorded ”Ballad for E” – Magnus´ song for his lifelong friend and musical companion Esbjörn Svensson