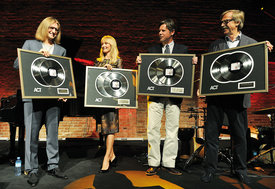 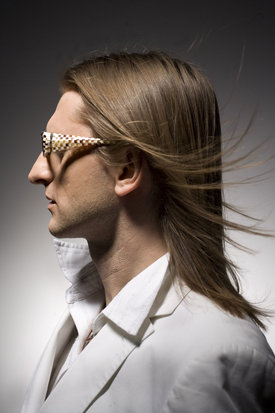 For many years, jazz and classical music trod a common path of mutual enrichment, with Bartók to Stokowski and Horowitz on the one hand, and Art Tatum, George Gershwin and even Benny Goodman on the other. This relationship was fractured by the break in culture caused by the Second World War, and despite several attempts – for example, the “Third Stream” movement at the end of the 1950s – it took a long time before the exchange between the two most important trends in art music became matter of course again. If jazz is today once again regarded as the “second classical music”, it is because of artists such as the Polish pianist Leszek Możdżer.

The classically trained pianist was born in 1971. While he didn’t discover jazz himself until he was 18 years old, he quickly made a name for himself and is today celebrated like a pop star in Poland, where he has played with the country’s most important jazz musicians including Tomasz Stanko and Michal Urbaniak. Since 1994 until the present day he has been voted, almost without exception, the best pianist of the country by the Polish Jazzforum magazine. Możdżer has also made a name for himself internationally, particularly alongside Swedish bassist Lars Danielsson whose music is similarly dedicated to melody. He described Możdżer as, “the ideal pianist for me” and recorded both his last albums – “Pasodoble” (2007) and “Tarantella” (2009) – with him. American jazz icons such as Pat Metheny, Lester Bowie and Archie Shepp are also vocal in their appreciation of his work.

If Możdżer is today regarded as the most important discovery in young Polish jazz and as one of the most exceptional pianists of the international scene, it is not least because of his pioneering style of crossing the border between classical music and jazz. He is the great romantic amongst Europe’s jazz pianists, having founded his reputation with improvisations on themes from Frédéric Chopin. Since then, his sparkling music and unrivalled technique clings to lyrical melodies, full of emotion. He also proves himself to be an exceptional improviser, paying close attention to chromaticism, harmony and particularly the “ornamentation” of the music.

Leszek Możdżer uses his solo ACT debut as an opportunity to pay homage to the second great national hero of Polish music (next to Chopin), Krzysztof Komeda. The jazz pianist and film score composer died in 1969 aged just 38, but by this time had written, amongst other things, the soundtracks for almost all of Roman Polanski’s films. “Komeda is one of my idols,” says Możdżer. “I can still remember the first time I heard his music, it was incredible, this great depth and wisdom that appeared. Over time, I found out more about his biography and immense dedication to music. One of my favourite quotes by him is, ‘Live for music, not from music.’” The listener can hear that Możdżer’s Komeda project has undergone a long maturing period. “The album’s producer, Paweł Potoroczyn, tried to get me into the studio with it for six years. He’s only managed it now. I just didn’t feel ready for it earlier.”

The kinship between Możdżer and Komeda is evident from the first track. The opener, “Svantetic”, is to a certain extent an acknowledgement on behalf of both artists to the Swedish writer Svante Foerster, who Komeda invited on his first Swedish tour. At that time Stockholm was a vibrant cultural centre and Komeda met musicians like Rune Carlsson and Bernt Rosengren there, both of whom became important artistic partners for him. Możdżer also dedicated the “Ballad For Bernt” to the saxophonist Rosengren.

While the album’s repertoire comprises solely of compositions by Komeda, Możdżer emphasises how much freedom he still had despite this, because he was able to select the pieces and put them together in any way he wanted. He also had freedom with regards to the interpretation, explaining that “Komeda leaves so much freedom for the improvisational musician. If you look at the notes you can say that Komeda regards the interpreter as a partner. He trusts him and I can see that in the compositions.”

This is a trust that Możdżer more than justifies and he revels in lyrical finesses. But he also allows space for more sombre sounds, as on Rosemary’s Baby from the Polanski film of the same name, based on the piece “Sleep Safe And Warm”. On “Crazy Girl” he launches an attack with an offbeat rhythm and jazz harmony. “I play the piece much slower than Komeda usually did as I discovered that this releases the unbelievable beauty of its melody, the simplicity yet intelligent form which shows Komeda’s genius. We all love crazy girls but the way I play it, it becomes the piece for the girl you love.”

Leszek Możdżer has always thought carefully about how he approaches music, and on Komeda he has created a series of small masterpieces which go far beyond any pigeonholed way of thinking – and offer a musical romance for jazz fans as well as lovers of classical music.