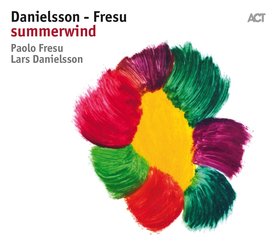 The Swedish cellist and bassist Lars Danielsson (born 1958) has an inimitable sound, which comes both from his background and from his classical education. Danielsson is one of the most in-demand bass players in the world and has played with a virtually endless phalanx of international stars like Michael and Randy Brecker, John Scofield and Charles Lloyd. His singing, warm, melodic and highly cultivated sound is recognizable in an instant. His music as leader is characterized by his unparalleled talent for simple and catchy melodies, by his feel for sounds and arrangements, and by his flair for putting together very special groups of musicians – with major stars the likes of Leszek Mozdzer, Tigran, Magnus Öström, Arve Henriksen, Bugge Wesseltoft, Nils Petter Molvaer, Eivind Aarset, Jan Bang, Eric Harland and many more, appearing on Danielsson's albums time and time again.

Some people talk a lot, whereas others keep hold of what is important, and only need a few words to get to their point. The same is true in music. Lars Danielsson and Paolo Fresu, who have now teamed up, are two musicians who choose the notes they play with extreme care. “Summerwind”, their first joint studio project, brings the Swedish master bassist/cellist’s gorgeous sound on both instruments and his fine sense for simple and haunting melodies into a partnership with the bright, airy tones of one of Europe's most lyrical trumpeters whose way of “playing it cool” has such distinctive expressiveness.

Together, Danielsson and Fresu don’t just create atmosphere and colour; there is also feeling here – and real depth. Both the music and the interplay between these players are, one might say, ‘such stuff as dreams are made on.’

The duo context offers extensive space for the players to let their musical ideas develop. Yet the decisive element for both of these musicians is not that they should play a lot, but that the focus should remain on what they play. Fewer notes are far more effective than many, and that is how the poetry develops from both instrumentalists as they create a mood that is almost meditative.

“It's about doing the right thing at the right time,” says Lars Danielsson. “That's the challenge of playing in a duo. You can't hide behind other instruments in this configuration.” Danielsson speaks from a long experience of having worked in this format, notably with the Polish pianist Leszek Możdżer (on the album “Pasodoble”) or with the singer Cæcilie Norby (on the album “Just The Two Of Us”). Paolo Fresu is also a master at making every moment count. His work as part of the international Mare Nostrum Trio with French accordionist Richard Galliano and Swedish pianist Jan Lundgren bears impressive testament to this. (Note: only two weeks after the recording with Danielsson, Fresu came back to Nilento Studio just south of Gothenburg with this trio to record the third Mare Nostrum album, which will be released in Spring 2019).

“I love Paolo's playing, it's spiritual and his sound is unique. He makes me improvise in a new way,” Danielsson says of his duo partner, with whom he was working for the first time in a studio on “Summerwind”.

Producer Siggi Loch had the idea of bringing these two musicians into the studio together. He has a knack for identifying musical soulmates, and this collaboration proves it again: the pair built up an almost telepathic relationship during the recording. That feeling is palpable, for example, in the piece “Dardusó”, which was created spontaneously in the studio, and in which all of Danielsson’s and Fresu’s combined trust is given over to the wisdom of the moment. In addition to pieces composed especially for this duo by both musicians, “Summerwind” features interpretations of especially selected and well-known originals, from a Bach cantata to a Swedish folk song to film music by Krzysztof Komeda.

In “Summerwind”, enchanting melodies flow with an instinctive and natural grace and elegance. They develop in long arcs which bring a sense of profundity and contemplation. In a world in constant danger of overheating, Danielsson's and Fresu’s music is a fresh and soothing breeze.