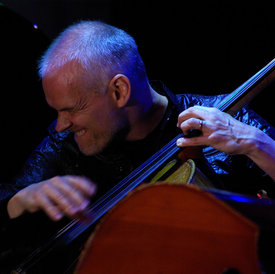 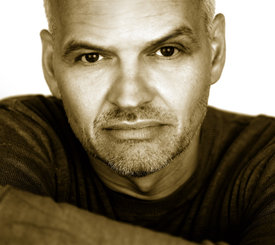 Born in 1958, the Swedish bass and cello player, composer, arranger and producer Lars Danielsson has in the past three decades become one of the most important voices in European jazz. A man of many talents, he has played with Michael and Randy Brecker, Mike Stern, John Scofield, Charles Lloyd, Terri Lyne Carrington, Dave Kikoski, Nils Petter Molvær and many more, he was a member of the acclaimed Trilok Gurtu Trio, and he has worked as a producer for Cæcilie Norby, Jonas Johansen and Viktoria Tolstoy. But in his exploration of musical spaces, his preferred playground for almost 20 years was his own quartet, with David Liebman, Jon Christensen and Bobo Stenson. He has also expanded his range and worked with different set-ups, from duets such as the one with his most recent musical soul mate, Polish pianist Leszek Możdżer, right through to orchestras including the Danish Broadcast Orchestra or the JazzBaltica Ensemble. These projects continue to succeed; his recent ACT albums received Gold and Platinum awards, and the orchestral project Blauklang, conducted by Vince Mendoza and co-created by Danielsson, was nominated for a Grammy award.

Lars Danielsson is not only one of the most lyrical and warm-toned bass players around, but as a composer he is a master of atmosphere, subtle suspense and the perfect balance between basic melodies and the highest possible degree of improvisation. For these reasons, it is hardly surprising that Danielsson constructed his Signature Edition like a composition in itself. Put together, his songs tell a history of their own, creating new structures and shapes when recombined. Above all they illustrate Danielsson’s extraordinarily wide musical spectrum and honesty.

His distinctive tonal language uses many elements, all to be found on his Signature Edition and largely taken from his last five ACT albums: the hymnal touch of orchestral Jazz from the CD Libera Me, the modern, electronic framework of Mélange Bleu, the pure and unplugged manifesto of melody (often mediating between classical and jazz) as found on Pasodoble, or the multilayered kaleidoscope of Tarantella related on different forms and instruments. Often Danielsson keeps himself in the background, as on his touching tribute to Esbjörn Svensson “Song For E.”, which he entrusted to the talented young brothers Roman and Julian Wasserfuhr, whereas on other compositions, he allows giants like John Abercrombie or Ulf Wakenius to take the spotlight; Afterglow is a humble tribute to his wife, the phenomenal singer Cæcilie Norby who accompanies him on the track. But regardless of his positioning within the music, the genius of Lars Danielsson can be heard in every note of this Signature Edition.