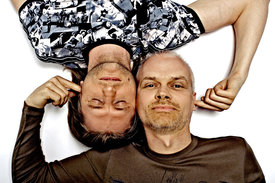 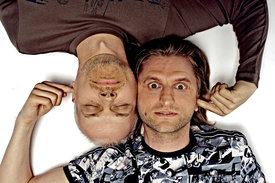 Swedish composer, arranger, bassist and cellist Lars Danielsson has to date released three albums on ACT as a leader and plays as a sideman on numerous other ACT releases. He was also producer on the current album of singer Viktoria Tolstoy Pictures of Me.

Lars Danielsson is a musician of astonishing versatility. While he was studying classical cello at Gothenburg Conservatory he was listening mostly to rock: Jimi Hendrix, Cream and Santana. Then he happened to see an Oscar Peterson concert on TV with Danish bassist Nils-Henning Ørsted Pedersen This was the beginning of his conversion, from now on the bass was to take first place in his life.

His latest work, Pasodoble, is an exciting new duo album, with Leszek Mozdzer, an artist who is widely regarded as the most successful and versatile pianist of his home country Poland. Mozdzer was already featured with a composition on the ACT-compilation Romantic Freedom (ACT 9749-2), which served as an introduction to the series “Piano Works”.

They first met four years ago at a concert in Warsaw. It was musical love at first sight. In the meantime, they have released two successful albums in Poland, “The Time” and “Between Us and the Light” both with Israeli percussionist Zohar Fresco, and have toured together with Danielsson’s latest project Mélange Bleu (ACT 9604-2).

Recording a duo album together was only a question of time. In the resulting well-balanced and ageless work, the intimate quality of the two player’s interaction is spellbinding.

“Leszek is the perfect piano player for me. It feels like we are from 'the same planet' musically. We started to plan this recording after playing some duo tunes on tour. Siegfried Loch then came up with the idea to make a duo-album. There was a strong connection with just the piano and bass. This way of playing feels like a dream to me. With Leszek, I can go in any direction that the music needs to be taken. I hope you will enjoy it as much as I did.” (Lars Danielsson)

Leszek Mozdzer is an exceptional musician and composer, who has won numerous awards in his home country. He has been playing piano since he was five years old, but he only discovered jazz aged 18, when he began connecting jazz and classical music. He was much lauded for his improvisations on themes by Frédéric Chopin. When he is not on tour or in the studio, he collaborates with the two well-known film-music composers Zbigniew Preisner, long-time partner of director Krysztof Kieslowski (“Three Colours”-trilogy), and the Oscar-award-winning Jan Kaczmarek (“Finding Neverland”). He has also worked with acclaimed international jazz musicians, including wie Pat Metheny, Archie Shepp, Tomasz Stańko, Joe Lovano. And what does Leszek have in common with Pink Floyd? He plays on two tracks of Floyd vocalist/guitarist David Gilmour’s new album “On an island” …

„Since the very first gig I felt that Lars is the bassist I want to play with. I don’t need to think about music when he is around. I just feel it. Believe it or not, I was a little nervous before we went into the studio as a duet. I felt that we would need to have some kind of concept, create some magical, charismatic aura, which would save us from being tedious or too sophisticated. Lars just smiled and said: 'We will play music, that’s all'. This experience gave me such a sense of self-confidence and inspiration that the same night I composed two pieces in my hotel room. They are both on the album. When I perform with Lars, I play much better than usually. I hope this cooperation is going to last.” (Leszek Mozdzer)

The two musicians share a lot of common ground. Their mutual admiration becomes very evident on this, their first duo album. Those who were expecting to hear the occasional standard on the album are in for a surprise. Bass and piano have generated so many ideas that all but one of the tracks – the traditional folksong “Eja Mitt Hjärta”, that Danielsson arranged especially for this album – are original compositions by Lars or Leszek. This proves to be a musical liaison that promises a long and fruitful future.