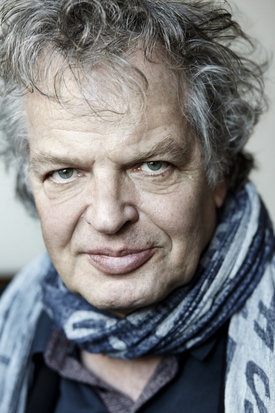 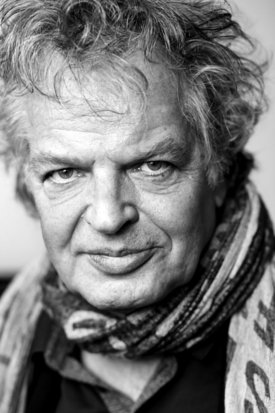 There are some jazz musicians who sound old when they are young. Joachim Kühn, the most eminent international pianist in the history of German jazz, has retained his childlike curiosity even at the age of 69, and that keeps him youthful. With his open-mindedness and his sense for the magic of music he is not only one of the greatest experimenters but also one of the most important integrative figures in jazz. Whether playing together with greats of classical jazz such as Stan Getz, Joe Henderson and Michael Brecker, with American and European members of the avant-garde such as Ornette Coleman, Michel Portal and his own brother Rolf Kühn, with world musicians like Rabih Abou-Khalil, young tearaways like Michael Wollny and Adam Baldych or even in a highly reputed Bach project with the St. Thomas Boys' Choir of Leipzig, whether performing solo or in a big band – Kühn loves surprising encounters.

This love is reinforced by his new ACT album "Voodoo Sense", on which he once again acts as a catalyst, bringing together people and their music that had previously inhabited entirely different spheres and in doing so fusing together the past, present and future. On "Voodoo Sense" he revives an association that has spanned almost 50 years, ties it together with his current band, and then has both set off for new frontiers with young African musicians scouting the way. Kühn first experienced the saxophonist Archie Shepp live in 1967 in New York's Village Vanguard club. "The 'New Thing' that he and Coltrane introduced into jazz, especially rhythmically, was the expression of exactly what I was feeling, and reassured me that I was on the right track with my ideas," Kühn recalls. The paths of these kindred spirits, who both keep their music universal and open to influences – in Shepp's case even in an explicitly political sense – often crossed after that. In 2010 there was an extended collaboration as a duet, which culminated in the album "Wo!man" on Shepp's own Archieball label.

It was a duet that critics showered with superlatives: London's iconic critic Geoffrey Winston spoke of an "intense musical masterclass", Hans-Jürgen Linke wrote in the Frankfurter Rundschau that this duet "is something like the original of an Afro-American late-Romanesque, sound-intensive, finely structured, eruptive culture of improvisation in a high-tension space between fast-paced presence and respectful retrospection."

So what could have been more logical than to add Shepp to Kühn's "Wüstenjazz" trio with the Moroccan guembri, oud virtuoso and vocalist Majid Bekkas, and the Spanish percussionist and drummer Ramon Lopez. Especially as this acclaimed trio, in existence since 2003 and award-winning for its four ACT albums, "is what gives me the most and the top priority for the three of us," as Kühn notes. Furthermore, Kühn wanted to give "Voodoo Sense" a bigger scope, just as he had the previous Wüstenjazz projects. So Bekkas again put together a hand-picked team of African percussionists and singers in Danielle Gouria, Jean Eric Dally, Gilles Ahadji and Bounhar Abdessadek, led by the Talking Drum master Kouassi Bessan Joseph, who had already been part of "Out Of The Desert" in 2009 and now contributes his version of the African voodoo traditional "Gbalele" – a piece of music which ignited the spark of inspiration in Kühn for the title track.

Already the intro to "Voodoo Sense" is a clear signal of things to come. A late Coltrane classic is put through its paces in "Kulu Se Mama". Juno Lewis, the New Orleans Creole phenomenon, drummer, teacher and innovative instrument maker, recorded it in a kind of session with Coltrane in 1965, and it then lent its name to one of his legendary Impulse albums. Kühn, Shepp and Co. breathe their own brand of new life into this milestone of jazz history: the profound original lyrics interpreted in extracts by Majid Bekkas and highly expressive, expansive solo improvisations join with the power of lumbering Afro-Arabic rhythms, giving rise to a new, trance-like jazz. The result is an astounding musical meditation, the likes of which have become rare today.

Whether with archaic world music, the blues-imbued saxophone ballad "L'éternel Voyage" composed specifically for Shepp, with studies of pianistic harmony like "Crossing The Mirror" or thundering drama like the concluding "Firehorse", with the aid of his friends Kühn has taken yet another step forward in his quest for the magic of his own, one music – the "Voodoo Sense" as it were.