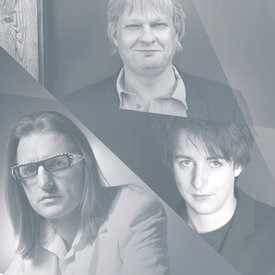 ACT would like to thank: Sir Simon Rattle, Martin Hoffmann and Alfred Brendel.

The return of a legend:

In 1944, the notorious American jazz impresario Norman Grantz (1918 – 2001) had a vision: He wanted to anchor the uniqueness and virtuosity of improvised music deep in society, enable the musicians to garner the rank and recognition that they deserved, and create something entirely new by spontaneously combining different styles and approaches in unexpected ensembles. There could only be one place to make this plan a reality – a classical concert hall: "Jazz at the Philharmonic" was born. Grantz' concerts, which later also went on tour, enjoyed fantastic success for 20 years. He presented the most famous jazz musicians of the era, including the likes of Ella Fitzgerald, Dizzy Gillespie, Oscar Peterson and Lester Young. Jazz got sophisticated.

Jazz at Berlin Philharmonic: The new concert series in the Chamber Music Hall of the Berlin Philharmonic picks up on Norman Grantz' ground-breaking idea. The Berlin Philharmonic Foundation was of the opinion that jazz deserved more attention, and when ACT-owner Siggi Loch remembered the "Jazz at the Philharmonic" concert series, he proposed such a concept for Berlin. It became immediately apparent on 11 December 2012, at the opening night of "Jazz at Berlin Philharmonic", that jazz is a welcome guest. For the first time in its 25-year history, the Kammermusiksaal was completely sold out for a jazz concert, with an audience of 1200. 3 pianists - Iiro Rantala, Leszek Możdżer and Michael Wollny proved – as soloists, in duos and as a trio – that jazz can break down the rigid old borders between "serious" and "entertaining" music. They showed an audience of largely classical fans that, in no uncertain terms, classical and jazz are anything but opposites. The Tagesspiegel newspaper wrote that it was an event "with rarity value for Berlin" and the public broadcaster ZDF said: "That was fantastic, if not to say world class".

The live recording "Jazz at Berlin Philharmonic I" provides the proof of what can happen when musicians that have never played together before join forces in unusual situations. Rantala, Wollny and Możdżer succeed in creating a defining moment in music, in which "jazz and classical meet as equals" (Tagesspiegel), little wonder really, with all three of them being such crossover fans. Michael Wollny, the still only 34 year-old flagship of young German jazz, gets his inspiration just as much from Schubert or Mahler as from Björk or Kraftwerk, which culminates into powerful masterpieces like "Hexentanz", Wollny's solo title on the album of the same name, a chromatically undulating, harmonically sparkling and rhythmically rousing cornucopia of his unrivalled personal expressiveness.

The Pole Leszek Możdżer enjoyed a classical music education. An exchange between the main musical directions is entirely natural for him, as his impressionist solo "Incognitor" shows. The Finn Iiro Rantala is a kindred spirit in this respect, as can be heard in the duet "Suffering".

Iiro Rantala, the recent Echo Jazz award winner in the field of international piano stands at the peak of the innovative eclectics aligning themselves with the old jazz tradition to study and revere great inventors of piano music and use them for their own ideas. It only makes sense then that the recording begins with him. Rantala's version of Johann Sebastian Bach’s Aria and the Goldberg Variations, the starting and endpoint of all swinging and improvised music, here transported with exemplary care into the present. Nor is it any more a coincidence that he and Wollny follow it up with "Tears For Esbjörn", the poignant homage to one of the most influential jazz pianists of the last 20 years: Esbjörn Svensson, who died in 2008. Indeed, it is the overwhelming duets that make it clear that all three musicians have the same quality playing together as they do as soloists. After all, they all started their careers in bands: Wollny with his trio [em], Rantala with the trio Töykeät and Możdżer in various groups, for example with Lars Danielsson. Then, when they all join together for Chick Corea's "Armando's Rumba" at the end of "Jazz At Berlin Philharmonic", it is the expected highlight that casts a spell on the listener. And all the while, even beneath this raging, masterly Latin party, there is a classical foundation to be heard.

At the latest after the "powerful start" (Tagesspiegel) of the first "Jazz At Berlin Philharmonic" edition there was no doubt that more had to follow. On 25 March, the pianists Joachim Kühn and Yaron Herman meet with Michel Portal on the bass clarinet and violinist Adam Baldych to go on an adventure of free improvisation; a musical dialogue without a net. Norman Grantz would have loved it.