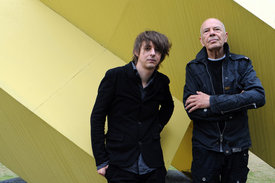 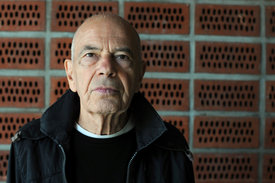 When told he was considered one of the fundamental greats of German Jazz, Heinz Sauer replied that he saw himself "neither as old nor as a master". So although the saxophonist, who will be celebrating his 80th birthday on 25 December 2012, is rightfully known as "a giant" (FAZ) and "grand master of saxophone" (DIE ZEIT), after all, he has been at the centre of European jazz history since his beginnings at the side of Albert Mangelsdorff. But in principle he remains to this day an adolescent; the kind of artist who knows that the path to mastery doesn't have a final destination.

Sauer's sparkling play became one of the distinctive timbres in the self-confident European jazz scene very early on, even though it continually occupied itself with the US tradition, with George Adams and Archie Shepp, later with Bennie Wallace, in recordings with Dave Holland and Jack DeJohnette – and repeatedly with pianist Bob Degen. As the last of these returned to the US in 1999 for a while, freeing up his piano stool in the hr Jazz Ensemble, which had been Sauer's for half a century, destiny meant well with the choosy saxophone individualist: He met the young Michael Wollny, who left a lasting impression on him.

They gave their first concert as a duo in Darmstadt's Literaturhaus, where the stage there has just enough space for two people. Despite not having had time to discuss what they would play and thus forced to improvise, the evening was a huge success. "One of the great saxophone individualists and the biggest piano talent in Germany develop fascinating dialogues full of unsentimental warmth, with often surprising payoffs. You just want to keep hearing them play," wrote Munich's TZ newspaper, as the duo's first album "Melancholia" came out in early 2005. DIE ZEIT newspaper discovered fundamental qualities in the genuine expressiveness of the generation-crossing duo and exalted: "Jazz comes back to life here" and the WELT am Sonntag called it "among the best that German jazz has to offer".

"Giving up the control and then seeing what happens" is how Wollny refers to the credo of playing together with Sauer in a duo. This is just as much a foundation of the improvisations moulded out of quietude, as of the voyages of discovery of their own compositions that present themselves to each other – or even the paths they take through classics by Monk and Billie Holiday.

On "Certain Beauty" the base camps of their expeditions include Gershwin, Gil Evans, Björk and Prince. The album made major waves outside Germany as well as within it. In France the popular magazine Jazzman honoured it with the CHOC as the Jazz CD of the Year 2006.

The concentrated dialogues don't need many words, the melancholy tenor comes from profound experience. "If (Blue) Then (Blue)" was the name of the next album, and it shows Heinz Sauer in two duos: with the pianists Michael Wollny and Joachim Kühn respectively. "Quite simply a masterly performance!" the magazine Stereoplay raved, and the FAZ summarised: "Heinz Sauer's playing is of incomparable density, wisdom, vitality, beauty and unpredictability. The still young jazz year has its first masterpiece."

Right on time for his 80th birthday, ACT now releases "Don't Explain", the fourth album of the Heinz Sauer/Michael Wollny duo – recorded live in Darmstadt, where the collaboration began 9 years ago. On 9 September they started the "Live! - Jazz in der Stadtkirche" series under the moniker ‘Open’, as Sauer explains "Open for the space, for the audience, the atmosphere and the vibes that reach us during the concert. A musical tightrope act without a net,".

The duo's improvisations develop their very own intensity among the late Gothic arches from the 14th century, "because the spontaneously invented sound unfolds differently here than in other concert houses," Wollny adds.

Under these very special conditions, the duo dared to try a live recording. They could trust each other blindly. Their sound evolves "apparently from nowhere", (Darmstädter Echo), motifs become major arcs that offer space for free inspiration. They resolutely test the limits of this phenomenon find their way back to quiescence with an intuitive understanding. Miles Davis, Billie Holiday, e.s.t., Prince, and even Bob Dylan, that other great narrative maverick, serve them as milestones on their dreamlike excursions.

And so "Don't Explain" is an impressive documentation of a vibrant musical partnership. It is the best birthday present Heinz Sauer could have hoped for. "Getting older doesn't have to be a bad thing," he says. "As a musician, an artist, I feel truly privileged."