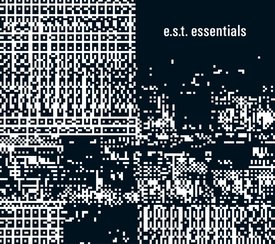 The premium collector’s edition of three pioneering albums at a discounted price:

- Viaticum
- Strange Place For Snow
- From Gagarin’s Point Of View

Illustrated by the acclaimed graphic designer Gabor Palotai who won the prestigious Red Dot Design-Award for the Cover of e.s.t.’s ‘Leucocyte’.

“Man, you have to check out e.s.t.! e.s.t. is one of my favourite bands” Pat Metheny
“Their music will stay with us forever“ Nils Landgren
“I truly, truly love this band“ Jamie Cullum

Viaticum
Viaticum is the bestselling e.s.t. Album. It shows the band at the absolute peak of their creative power and demonstrates why the band was rightly acclaimed like popstars among the jazz musicians.
Tracklisting: Tide of Trepidation, Eighty-Eight Days in My Veins, The Well-Wisher, The Unstable Table & the Infamous Fable, Viaticum, In the Tail of Her Eye, Letter from the Leviathan, A Picture of Doris Travelling With Boris, What Though the Way May Be Long
Recorded in 2004

Strange Place For Snow
With this album e.s.t. won the ‚Deutsche Schallplattenkritik 2002’ award and the  German Jazz Award.
Tracklisting: The Message, Serenade For The Renegade, Strange Place For Snow, Behind The Yashmak, Bound For The Beauty Of The South, Years Of Yearning, When God Created The Coffeebreak, Spunky Sprawl, Carcrash
Recorded in 2001

From Gagrin’s Point Of View
With this album e.s.t. celebrated its international breakthrough: With the hits ‚From Gagarins Point Of View‘ and ‘Dodge The Dodo’ that made e.s.t. immortal.
Tracklisting: Dating, Picnic, The Chapel, Dodge the Dodo, From Gagarin's Point of View, The Return of Mohammed, Cornette, In the Face of Day, Subway, Definition of a Dog, Southwest Loner
Recorded in 1998