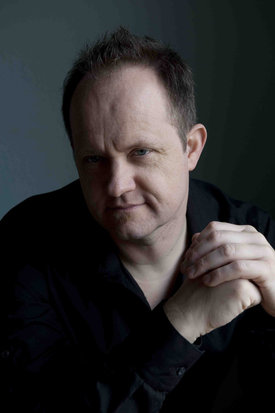 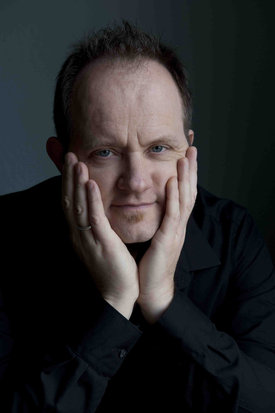 In the fourth act of Giuseppe Verdi’s ‘Otello’ the story culminates with Othello, frantic with jealousy, planning to murder his wife Desdemona. At this point you hear Verdi’s stroke of genius – a powerful bass line that goes right through you, and for bass players this line has been one of the highlights of classical music ever since. Dieter Ilg discovered it early in his career and it has been the initial part of his daily practice ever since.

Nevertheless, the road to Ilg’s first album on ACT, ‘Otello live at Schloss Elmau’, was a long one; an internationally famous bass player, he has had a remarkable 20-year career outside classical music. After having tried recorder, violin and viola, as a 13-year-old from Offenburg he eventually discovered the upright bass. Although he started studying classical music in Freiburg in 1981, the course was already set for jazz – Joe Viera met him as talented 17-year-old school boy and made him a regular member of his sextet, and the young man was inspired and instructed by Eddie Gomez, Ron McClure, Adelhard Roidinger, Rufus Reid and Miroslav Vitous. While studying at the famous Manhattan School of Music with Dave Liebman as his mentor, Ilg had already played with several big names on the scene. He had hardly returned from the USA when things started happening quickly back home: Ilg founded his first successful trio together with John Schröder and Wolfgang Haffner and became a regular member of Randy Brecker’s Quintet. He also received some extremely sought-after sideman jobs in Albert Mangelsdorff’s quintet, in Ngyuên Lê’s trio, playing with Rebekka Bakken and later in Till Brönner’s band. Together with Christof Lauer he travelled around the world for Goethe Institute and made several more high-profile musical friends, including the saxophonist Charlie Mariano, the pianist Marc Copland and the guitarist Wolfgang Muthspiel.

Searching for a recognizable project that would suit him, Ilg turned to his long-standing passion for Verdi and began to rediscover it. “Otello is an inspiration,” he says. “It is continuously in motion. Just take a look at Verdi’s harmonic turns that have often been used in jazz, but just in a different way. This is a perfect example of bridging the gap. Equally important is the dramatic component of the music that can be created through the individual interpretations and improvisations.” For this project he not only returned to the line-up he had favoured in the early stages of his career, but also found the two ideal musicians for his trio.

The pianist Rainer Böhm had first attracted Ilg’s attention in 2007, when he was judging the Jazzhaus piano competition which Böhm won. In the meantime, Böhm has been awarded with several other important accolades – most recently he followed in Ilg’s footsteps by winning the Jazzpreis Baden-Württemberg. During his years of study in the USA Böhm proved to be an exceptionally talented pianist, who has a gentle touch but can also play with immense energy. This could be heard last on ‘Berlin – New York’ (ACT 9669-2), which he recorded together with Ben Kraef. The style of the French drummer and percussionist Patrice Heral is also one of a kind - it varies from subtle passages to powerful solos with loops and mouth percussion.

Perfectly fitting alongside Ilg’s singing bass, these two accompanists are the ideal choice. The trio precision in the use of musical expressions is balanced through their recognition of the importance of pauses, as well as the power of calmness. Examples of technically brilliant realizations of these principles are the fragile ‘Ave Maria’ or on the other side of the spectrum, the groovy version of the famous ‘Fuoco di Gioia’.

Ilg was so convinced of his Otello project that he released a studio production of it on his own label ‘Fullfat’ in March 2010. Shortly after that he received the German Echo Jazz Award 2011 for Best Bass Player (national). In the meantime, after numerous tours and concerts the trio was better attuned than ever and Ilg decided to expand their repertoire. These are just some of the reasons why they wanted to do a live recording at Schloss Elmau. “We’ve included five new arrangements of arias and the others have changed during the two years of performing them. Moreover, the location and the interaction with the audience influence the music more than you would think.”

‘Otello live at Schloss Elmau’ is much more than merely a live recording - it is an impressively independent variation of Ilg’s Otello arrangements. The album is an outstanding example of jazz musicians transferring classical into improvised music, as well as further proof of the exceptionally inspiring influence of Schloss Elmau on musicians. It could be said that Schloss Elmau functioned as the catalyst for this masterpiece, nestled away in the Bavarian highlands. For Ilg it served as the setting for the personal highlight of his passion for Verdi, a fascinating musical adventure that for all others crosses borders between classic and jazz.