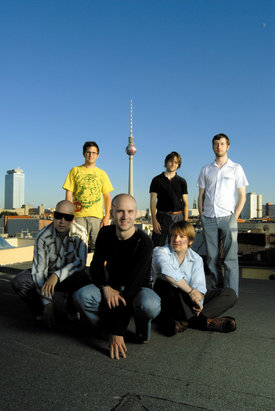 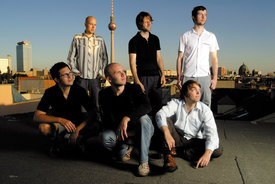 Rebels with a cause…
The ACT-series Young German Jazz - started in the year 2005 - enters its seventh round. It is a long-standing tradition for ACT boss Siegfried Loch to help talented young German jazz players: He was supporting German artists as early as the nineteen sixties and he produced the debut albums of musicians like Klaus Doldinger and Volker Kriegel. This new ACT-series has gained substantial recognition both at home and abroad since its inception. Its main goals are: systematic development of young talent, alerting the big German festivals to the strength and quality of the national scene and giving German musicians a fair chance to compete internationally. The English and the French in particular are displaying a heightened interest in the new sound from Germany: “It is high time that people on this side of the Rhine started listening to young German jazz. Because it is not going to wait for us. It is fast moving, constantly changing, and well en route to highly deserved international recognition. First and foremost we should mention the young jazz from Berlin”, states the December 2006 edition of the influential “Jazz Magazine” from France.

The seventh volume in this edition is not dedicated to an individual talent worth recognition; moreover, it casts a spontaneous spotlight on the entire scene.

Berlin is a town with a unique history. In no other European capital have the dark and the beautiful aspects of life forged such fateful bonds as in the (both ex- and present) capital of Germany. The division of the city (a division that still leaves its mark, regardless how often people may claim the contrary) was an expression of inner schizophrenia as much as of outside force. The city on the banks of the river Spree remains to this very day a feisty contradiction that provokes more questions in all areas of life than it can provide answers.

This holds true for the city’s jazz. Every four to five years a new generation of musicians again tries in vain to define what Berlin jazz is. Never has any such attempt arrived at a point that has provided even temporary clarity; but perhaps this clarity would have been the coup de grace for the scene in the city, precisely because Berlin is not New York, London or Tokyo. Berlin is an organism that defines itself afresh every morning, each morning it rises to new challenges and manifests itself through a new sound.

Berlin Calling is not yet another attempt to find an ultimate Berlin-jazz-sound, quite the opposite is the case: This music is open in every conceivable direction, it conveys the feeling that it could have originated from any other part of the world; and it is precisely this openness that expresses one of the decisive strengths of the jazz from Berlin. The sound from the German capital has always been much less regional and rooted than that of other global jazz centres. The past, present and future of jazz in Berlin construct a constantly changing collage that will never arrive at a finite form. “The Berlin scene contains a wealth of characters, and thrives on this abundance”, confirms Erdmann while talking about Berlin Calling. “Stylistic boundaries are more likely to dissolve in Berlin than in other places. This calls for the ability to find a creative compromise from the musicians and makes them more versatile and flexible. It is currently almost as easy to form bands with musicians of differing tastes as it is to bring together players who have shared preferences.”

Berlin Calling is an enduring snapshot; a meeting of two different peer groups from the younger generation of the city’s players, and each of the musicians pose their own questions on this album. On the one hand we have the established leaders saxophonist Daniel Erdmann, who created a stir playing in Gebhard Ullmann’s Ta Lam Zehn, and pianist Carsten Daerr, whose trio turns the slightly dusty jazz piano-trio format inside out and upside down – and on the other hand four promising youngsters who have yet to receive nationwide recognition: trumpeter Ritsche Koch, guitarist Ronny Graupe, bass player Oliver Potratz and drummer Sebastian Merk. “Berlin itself needs no wake-up call” states Carsten Daerr. “But maybe this project can be some kind of wake-up call that alerts the outside world to the scene in Berlin. Berlin has a much higher reputation among musicians than among reviewers and listeners. Many musicians are coming to Berlin because they find the contacts that they need here.”

The six musicians have not taken the easy route. They do not stick to a swing idiom, or remain caught up in ethno-platitudes. They avoid the clichés of free-, noise- or groove-jazz that have so far served to label the city's music. Instead, they play a fragile, sensitive and intelligent music, music of cosmopolitan understatement that defies pigeonholing. Yet they bridge the gap to the great musicians of jazz history in that they not only know what to play, they are also masters of leaving out the unessential.